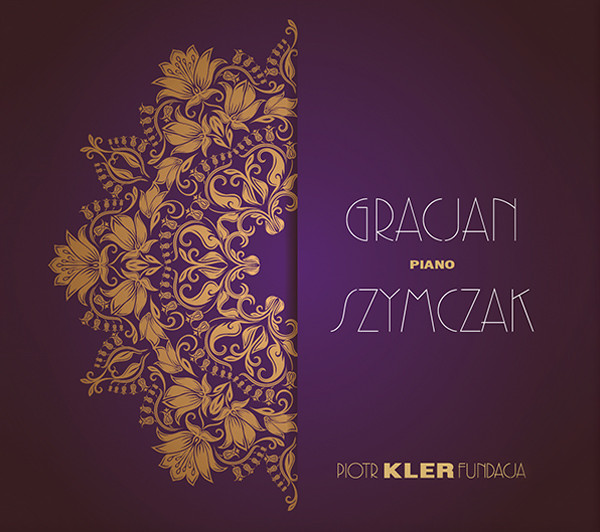 The album was published thanks to the efforts of the Piotr Kler Foundation.

One of the leading Polish pianists of his generation. His style is characterised by sensitivity, subtlety, incredible energy and bold technique. His repertoire is extensive, and he is equally as content playing romantic, classical, 20th-century and contemporary music. His recitals are a vortex which pull the listener into his musical world, and his interpretations are always met with enthusiasm and much critical acclaim.

Gracjan was born in 1986 in Wrocław. He graduated from the Academy of Music in Wrocław, where he studied under Prof. G. Kurzyński (piano), Prof. L. Grzanki-Urbaniak (cello) and Prof. M. Pijarowski (conducting), and passed all three of these courses with distinction. In 2012, he was awarded a doctorate in music.

Gracjan is also a laureate of several dozen Polish music festivals. He has received the scholarship of the Minister of Culture and National Heritage, the President of Wrocław and the Piotr Kler Foundation multiple times. He has recorded for Polish Radio and Polish Television. His discography so far is made up of 6 albums. He is active as a concert performer, having played in many cities in Poland, as well as in Germany, Scotland, Norway, Czech Republic, Austria, France, Italy, Turkey, Sweden, China and Australia.

In 2012, he began teaching at the university from which he graduated, where he has been employed as an adjunct professor since 2015. As a teacher, he is often invited to teach piano courses, as well as serving as a member of the jury at piano competitions.